ANDES — The Great Western Catskills International Film Festival will make its debut in the town of Andes, New York in Delaware County, New York on Friday, October 19th through Sunday, October 21st. Screenings and events, including a spotlight on local filmmakers with appearances from those creators, will be hosted throughout the hamlet of Andes through the three days with the three primary locations slated to be Wayside Cider Tap Room at 55 Redden Lane, The Andes Hotel at 110 Main Street and Streamside Studio at 506 Main Street, all in Andes.

“We are thrilled to be showcasing almost 90 films in all genres over the three-day festival” notes Festival Director Lisa Wisely. “We are also super excited to welcome at least fifty different filmmakers and their guests to Delaware County for what we hope to be a beautiful fall weekend.”

Highlights of the festival include The Ranger (Friday, October 19th at 7pm at Wayside Cider), a punk rock slasher film starring Chloe Levine and Jeremy Holm and shot in part in the Catskills. In the spirit of the Halloween season, the festival is excited to showcase “Thrilling and Chilling Shorts” (Sunday, October 21st at 1pm at Wayside Cider) and the films of horror auteur and Catskills resident Larry Fessenden when the festival screens several of Fessenden’s films including Wendigo starring Patrick Clarkson, Jake Weber and Erik Per Sullivan as well as The Last Winter featuring Ron Perlman, Connie Britton and James Le Gros.

The festival also has a variety of showcases featuring local talent including “Raining Hell” by Bovina filmmaker Chris Ingvordsen (Friday, October 19th at 8:30 at Streamside Yoga) and a series called “Start Your Engines!” which features a number films related cars, travel, trucks and racing, also by Bovinian filmmakers Mark Foster and John Finn. Other films with local connections include “Animals” by Jason Moore (Friday, October 19th at 5pm at Wayside Cider), a dark comedy shot exclusively in Walton and “Summers with Helen” (Saturday, October 20th at 3pm at the Andes Hotel) by Elaine Miles, a conceptual documentary about two older women on summer vacations in the Catskills

“We were really excited about the number of film submissions we received that included stories of service and the military,” says Festival Programmer, James Felix McKenney.

This includes the film Surviving Home by Jillian Moul and Matthew Moul (Saturday, October 20th at 7pm at The Andes Hotel) which explores an incredible eight-year journey of U.S. military veterans from four generations as they discover unique ways to overcome post-war challenges, transforming their lives and continuing their service to others, as well as, A Soldier’s Dream, by Eduardo Montes-Bradley. This film is an intimate portrait of POW captured at The Battle of The Bulge who stood proud as an American Jew in the face of his Nazi captors.

The festival is made possible in part by a grant program administered through the Delaware County Occupancy Tax fund that provides various grants to selected projects that increase tourism and enhance arts and culture in the county. It’s is also made possible by the generous contribution of the festival sponsor Hazen Reed and Susan Muther, the Catskill Country Living Team at Keller Williams.

Tickets for each individual screening block and passes by day or the entire festival can be purchased at https://www.gwciff.com/tickets and at the festival box office located at Hasbeens & Willbees at 11 Delaware Avenue in Andes (corner of Main Street) during festival hours.

Let Us Know What You Thought about this Post.

TASTE OF THE CATSKILLS 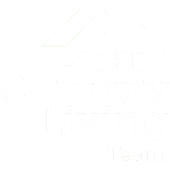